Why Soft Skills are the new Key Skills

Hail to the soft skills! For the longest time they have had to play “second class citizen” to the widely acknowledged and praised “hard skills”. Soft skills often got lumped together at the bottom of a resume, were hardly inquired about during the hiring process and certainly not developed or trained within the corporate L&D culture. Finally, the tables have now turned, and skills in leadership, communication skills and even personal traits such as emotional intelligence are considered more relevant in the modern workplace than role–specific technical skills.

Soft skills have always mattered in the business world however, they have been faced with a challenge: for the longest they have been hard to define, measure and analyze. On any resume, they were considered the kind of skills that were “nice to have” but not essential, and therefore job applicants thought twice about whether they should get included. On the same account, hiring managers hardly dared to define or inquire about those somewhat vague qualities. Crucial personal skills such as emotional intelligence, adaptability or engagement rarely found the recognition they deserve. Yet when these skills are missing, especially in leadership positions, it is certainly felt and often causes unhappy, unmotivated and discouraged employees, which subsequently results in, low employee retention and costly turnovers.

How to Prepare an RFP for Language and Skills Training Services

Why a new crisis calls for new leadership

Within the last few years, there has been a noticeable shift in focus on skills. Companies are now “transitioning their hiring and training practices around emotional intelligence and leadership competencies as they realize they are now key skills” as Forbes states on the topic of the most important soft skills in the modern workplace. Each year, LinkedIn Learning releases its list with the most relevant soft and hard skills, and for the first time in 2020, Emotional Intelligence has earned its rank amongst the top 5 skills to have. 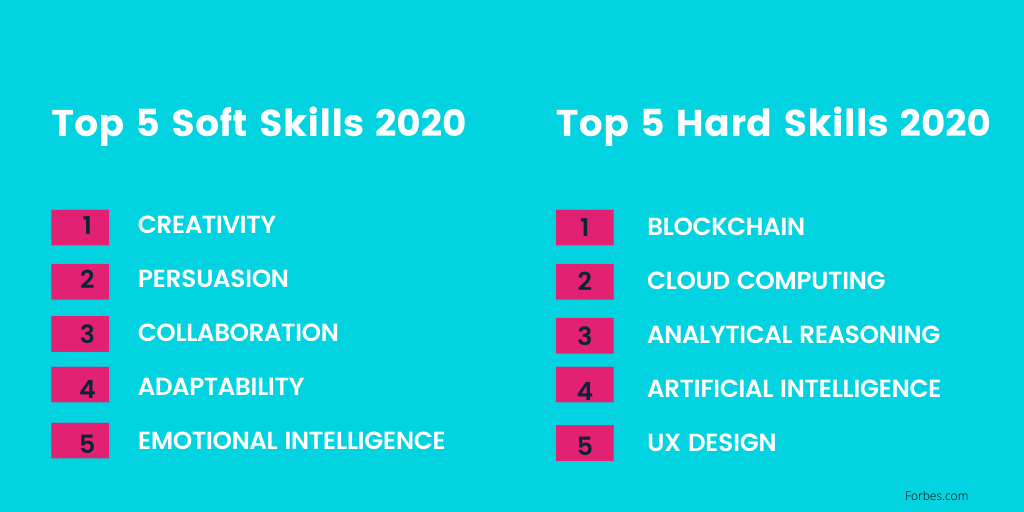 When comparing the Top 5 soft skills to what are considered the most important hard skills, there is a clear sign as to why inter- and intra-personal skills become more and more important. Human power is slowly being replaced by robotics, automated systems and virtual administration. Yet business has always been and will forever be conducted by the people behind desks, on computers, smart phones and tablets, and the human element simply cannot be forgotten or neglected in today’s economy. Factors such as trust, rapport or shared values at large, contribute to any sales decision. The Edelman Trust Barometer 2020 confirms this: 90% surveyed report that they will only buy from companies they trust. An astounding 71% of people are saying their trust will be eroded forever if companies appear to be putting profit ahead of people. Yet exactly these qualities cannot be automated. 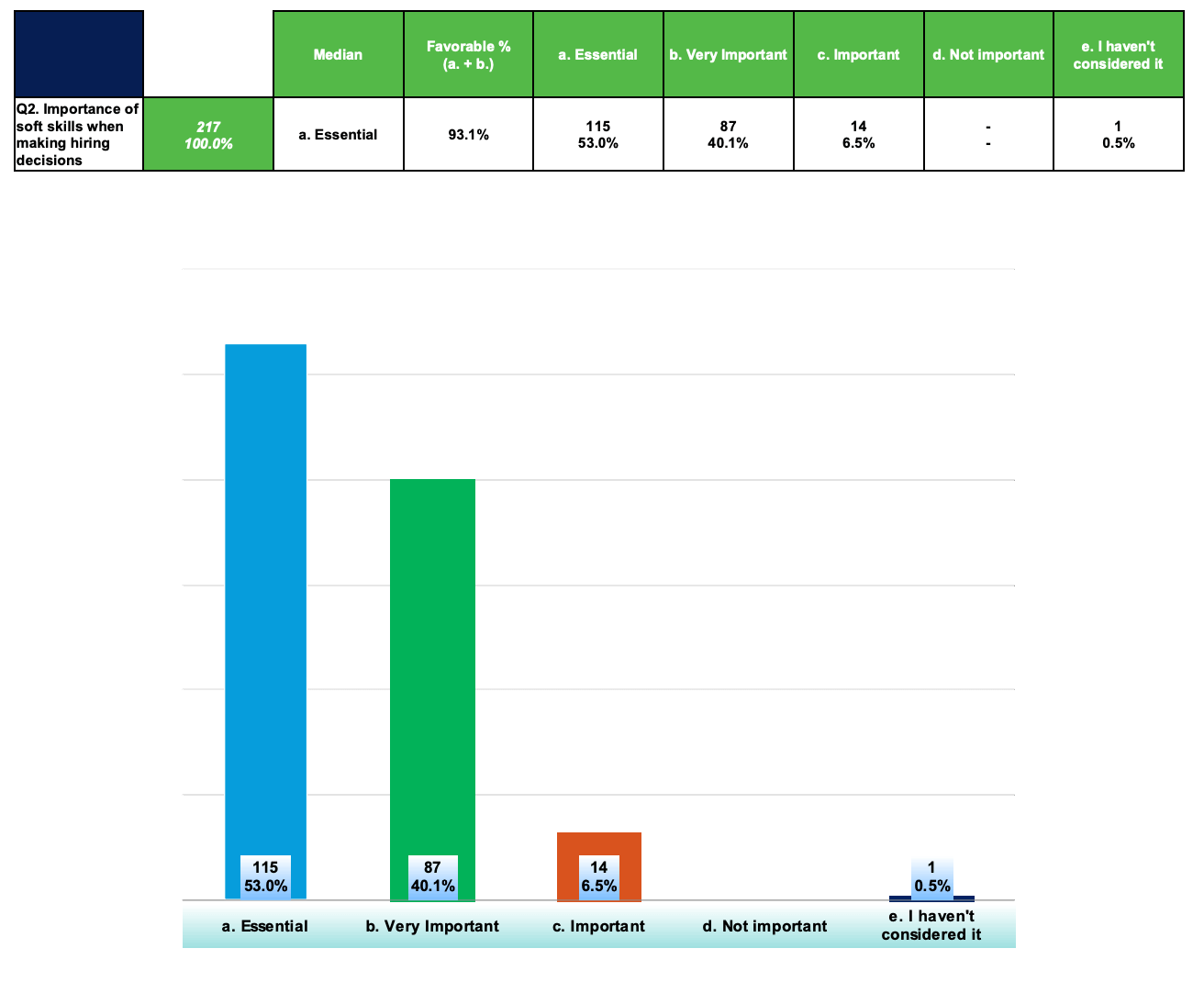 If soft skills are not effectively taught at schools and universities, the responsibility to create, develop and foster them will therefore lie within the L&D initiatives of those companies. It is commonly perceived that employees with adequate soft skills are more likely to remain gainfully employed and are more likely to advance in their careers. The logical conclusion: companies that train their staff in skills such as emotional intelligence, adaptability, change management, conflict resolution can expect better employee retention and higher productivity. As COVID-19 unfolded , exactly these soft skills had a huge impact on how well managers and employees were able to cope, and were generally considered the most important skills during those trying times.

The LinkedIn Workplace Learning report 2018 showed that the C-suite as well as talent developers and people managers are aware of this trend. Leadership, communication and collaboration ranked over all higher amongst the “important skills for employees to learn from L&D programs” than role specific skills. 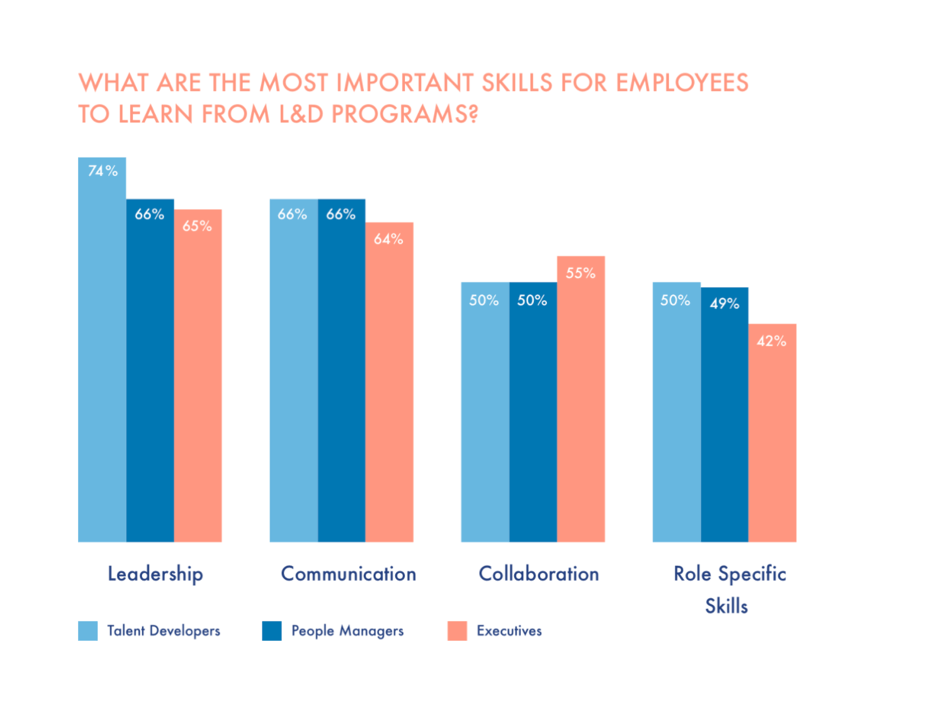 With new research emerging, such as the improved ability to measure the EI of employees through a catalog of appropriate questions, soft skills are no longer considered uncertain, especially when it comes to measuring ROI and profitability of their training, which in return makes an investment in them a safe and effective corporate strategy.

Building the critical skills needed to succeed in the modern workplace

People-Powered EdTech: Learnlight, a Change Enabler for Your Teams and Beyond

10 mistakes that can break virtual teams

Are Starbucks, Sephora and Google wrong for tackling unconscious bias?

How to Prepare an RFP for Language and Skills Training Services

How to Foster Employee Engagement Whilst Working Remotely

Fast track learning a language with a lover from another country

Take your business on the first step to transformative learning today. We look forward to being part of your journey.